Long Weekends are for the Weak

Whoever decided there should be a long weekend in Canadian spring should be shot. No one goes away. It's too damn cold. And so - despite the long weekend I was working. And every child in this city of 350,000 showed up for my shift.

I was fortunate enough to see both my children off to Daddy's house - a rarity for an off visitation weekend. After they left, I reveled in my newfound freedom. Then? I went to bed at 9 pm. Gawd I'm old. Or something. Instead of painting the town red I was snuggled up in bed because I had to work on Saturday morning. At. 8:45. AM. Of course after I looked after the bazillion children home for the long weekend, I was too tired to paint the town ANYTHING on Saturday night.

Silver lining, Jen came up Saturday night, bringing with her the giant suitcase I'm taking to New York next week. So we rented movies, loaded up on sugar and salt and went straight to work on doing absolutely nothing. I love that girl. She can laze with the best of them. Work ethic is seriously overrated.

Sunday was rather lovely - Jen, myself and the Aftermath headed downtown with our cameras to do some random shooting. After three hours of wandering around we stepped into a coffee house for a latte and some rest. Of course, after placing the order my bank card was declined for insufficient funds - isn't THAT great. The girl who works two jobs - jobs that hold pay for almost a FRIGGIN MONTH before I get my first pay. Now I can't even afford a latte. God help me. I attempted to loop my camera strap around my neck after I climbed up on the barstool but the damn barista refused to kick out the chair. Probably cause she knew I couldn't tip her. Thankfully, the Aftermath swooped in with paper tender and I went on with my life.

I worked Monday. With a bazillion more children. Then my children came home. Goodbye long weekend.

Until then, I leave you with this. Aftermath took the original photo. I cropped it and had some photoshop fun with it. Enjoy . . . 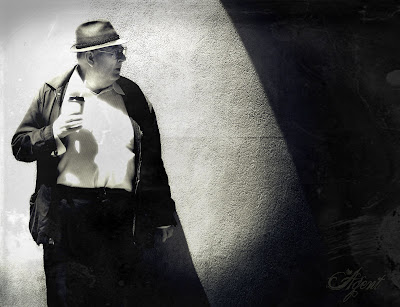